Recover a swarm of bees! What an adventure!

Recover a swarm of bees! What an adventure!

After several days of “coming and going” of “research bees” around a hole 7m above the ground, the Queen and all her colony suddenly arrived and entered the attic to settle down.

As a “Public area”, for security reasons, we could not keep this swarm at its location. Two options were presented to us: Either the recovery of the swarm by a beekeeper or if the nest is not accessible (which seemed to be our case): the destruction of the nest. 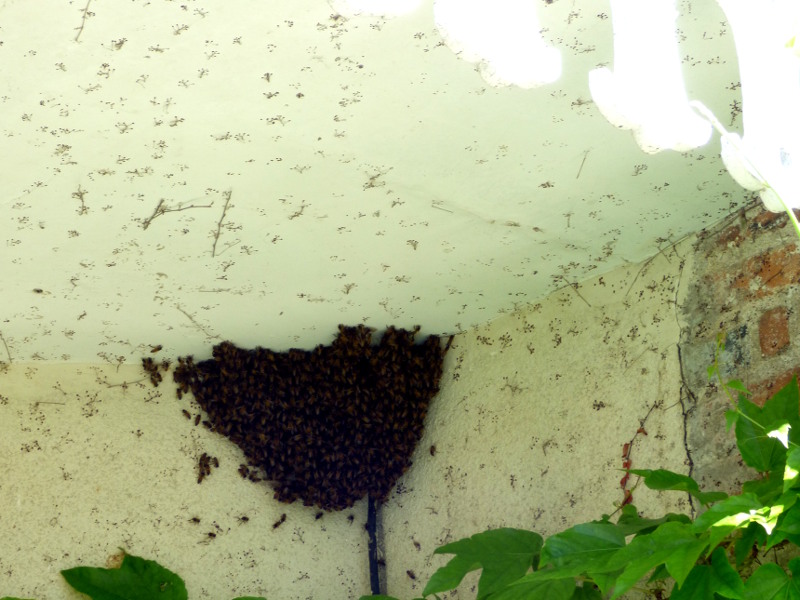 Swarms are highly sought after by beekeepers. The objective then is the recovery of this one and its installation in a beehive, this time outside the walls!

A first team of beekeepers attempted its recovery from the outside. The objective was to bring the bees out of the hole. Everything went as planned but the QUEEN did not come out! In this case, impossible to recover the swarm and the sympathetic beekeepers left empty-handed after several hours of hard work. The swarm had returned to its place. 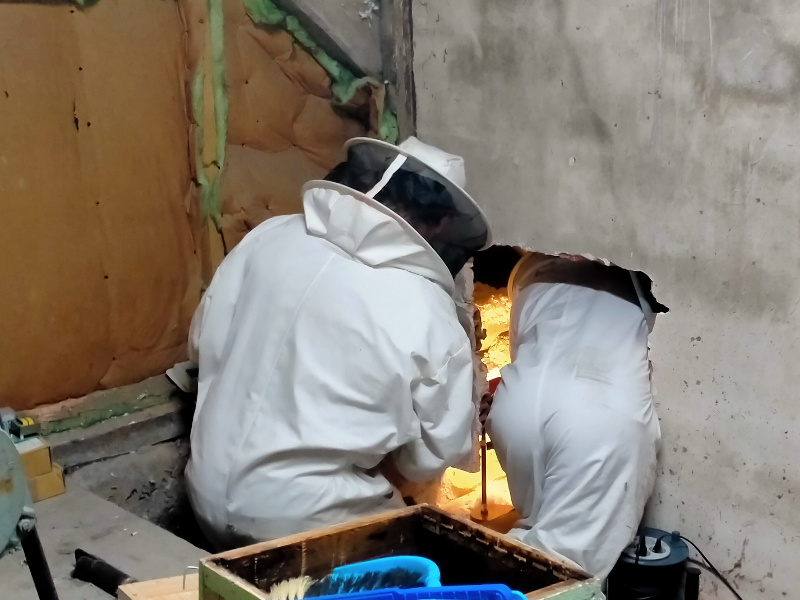 A new team of beekeepers attempted another operation the next day: going through the interior of the attic to reach the swarm. Under the slates, at 45 °, in the middle of the bees, it took several hours to show ingenuity, versatility, DIY to make a passage, cut the floor, locate the nest … 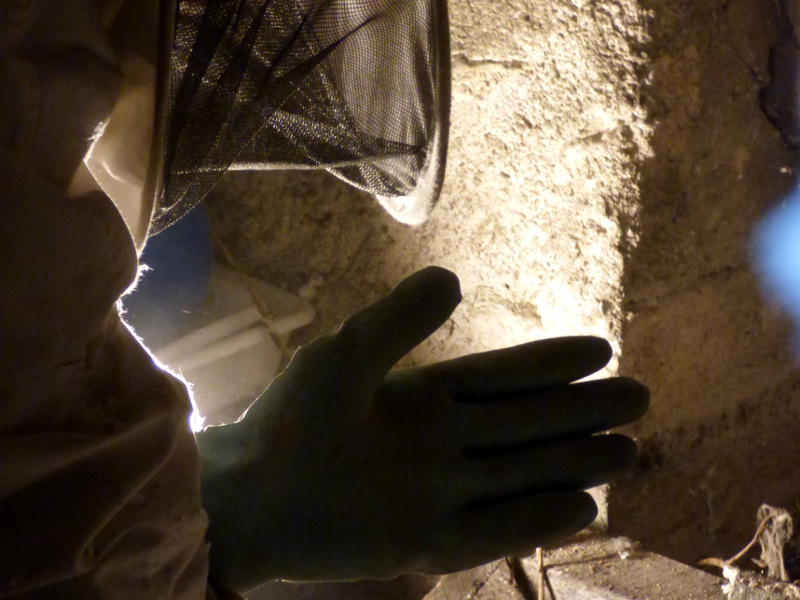 Once the nest is reached, the objective is to install a mini transport hive and place the QUEEN there. The rest is done by itself! The bees simply follow the Queen (in a very impressive and fast fashion) and all enter the hive.

Well done Vincent and Benoît for your courage and perseverance (the bees having chosen a very winding path in the attic, under the floor to reach the place of the nest)! You deserve these bees to join your hives and the honey they will make! 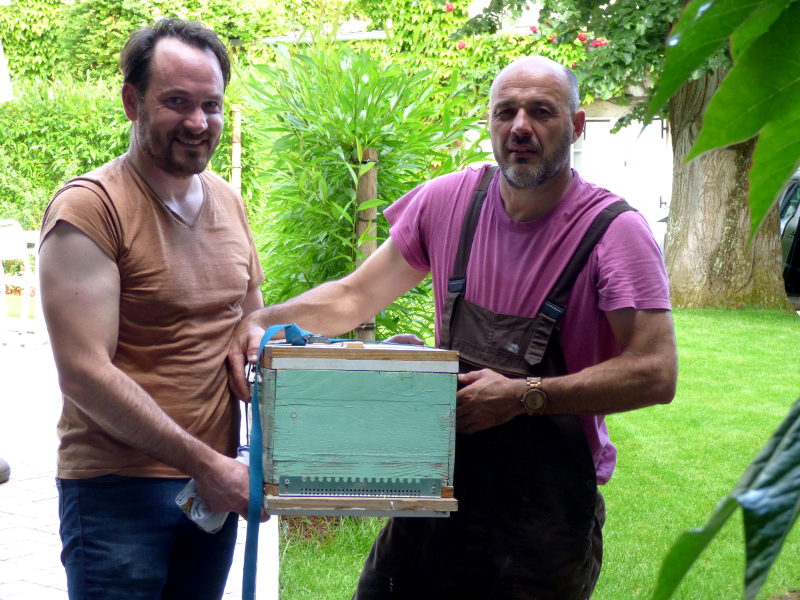 Here is the hive where the bees are now installed 50km from la Tonnellerie. The swarm is superb and very active according to the beekeepers, the harvest should be good in a few months! 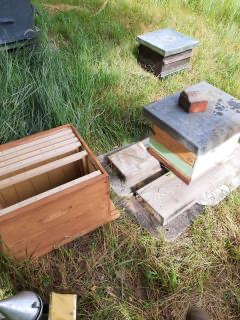 For our part, we are very happy to have insisted on giving the beekeepers a second chance and avoiding the destruction of the nest! Phew!